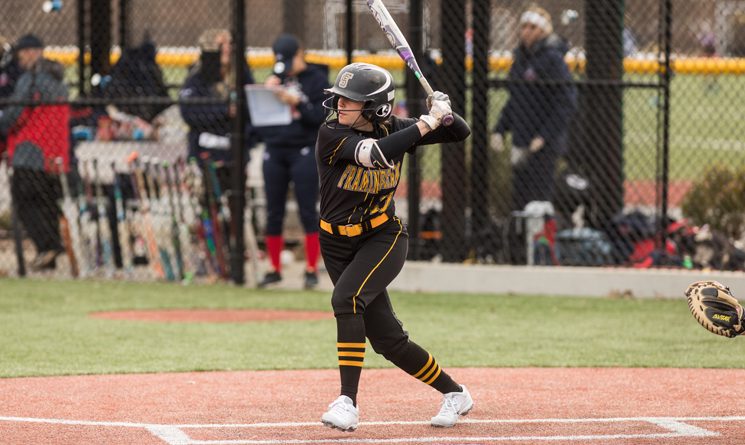 The Rams took the opener 14-1 in five innings before taking game two 10-3.

Marchant, who became the Rams career hit leader earlier this season, went one-for-two in game one and followed that up by going one-for-four in game two. With her single in game two, Marchant is the first Rams softball player to reach 200 career hits.  Marchant also scored three runs on the day and drove in one.

In game two, the Rams plated four runs in the bottom of the first and never looked back.  Moody went two-for-four with a run scored and two RBI, while sophomore Kirsten Dick  homered and plated two runs.  Dziok drove in a pair in the game, while Downing walked twice and scored twice.

Alexis Romano led the Hawks offense in game two going three-for-four at the dish with a run scored, while Haley Ledbetter picked up two hits and scored a run.

Caughey earned the victory for the Rams going four innings and allowing three runs, two earned, on five hits with five strikeouts, while Pietersen tossed three innings of scoreless relief en route to earning her first save of the season.

The Rams are back in action Saturday afternoon when they travel to Bridgewater State for a pair of MASCAC games beginning at Noon.