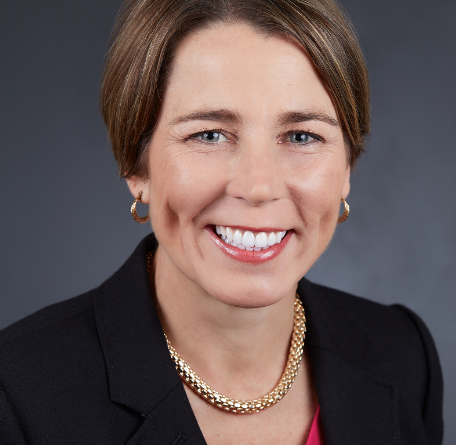 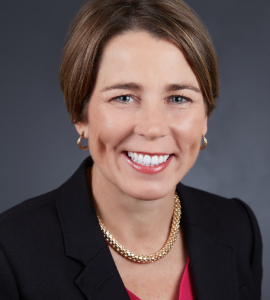 FRAMINGHAM – MassBay Community College is pleased to announce that Massachusetts Attorney General Maura Healey, will be the keynote speaker for the College’s 56th Commencement ceremony on Thursday, May 17 on the Wellesley Hills campus.

“It is a great honor to have Maura Healey deliver the keynote address at MassBay’s 56th Commencement,” said MassBay President David Podell. “Her work towards a more just and equitable future for the people of this Commonwealth reflects our values and our ongoing commitment to civic engagement, inclusivity, and social justice.  We are deeply honored that she can join our graduates for their special day.”

“MassBay is a pillar of our community and a recognized model for excellence in public higher education in our state and our country,” said Attorney General Healey. “I’m honored to have the opportunity to address graduates at a school with such a strong commitment to preparing students for lives of active citizenship and cutting-edge careers.”

Healey grew up the oldest of five brothers and sisters in Hampton Falls, New Hampshire. From her family, she learned the values of hard work, discipline, and the importance of taking care of others.

Sworn in as Attorney General in January 2015, Healey has tackled issues touching the lives of residents across Massachusetts including the heroin and prescription drug abuse epidemic, escalating health care costs, workers’ rights and student loan costs.

She has focused on strengthening consumer protections and on improving our criminal justice system. Healey launched the first-of-its-kind Community Engagement Division, bringing the Attorney General’s Office and its work into neighborhoods and communities across the state. Being an advocate for more equal and inclusive workplace, she announced her office would provide six weeks of paid family leave for all employees – making the AG’s Office the first state agency to offer paid parental leave. Healey’s office has also helped shape state legislation that would expand opportunities for women in the workplace including Pay Equity and Pregnant Workers Fairness bills.

Prior to becoming Attorney General, Healey clerked for Judge David Mazzone in the United States District Court in Massachusetts. She was a junior partner at the international law firm Wilmer Hale and a former Special Assistant District Attorney in Middlesex County. She earned her bachelor degree from Harvard University, where was captain of the women’s basketball team. She played professional basketball in Europe before returning to Massachusetts to attend Northeastern University School of Law. She was inducted into the New England Basketball Hall of Fame in 2006.