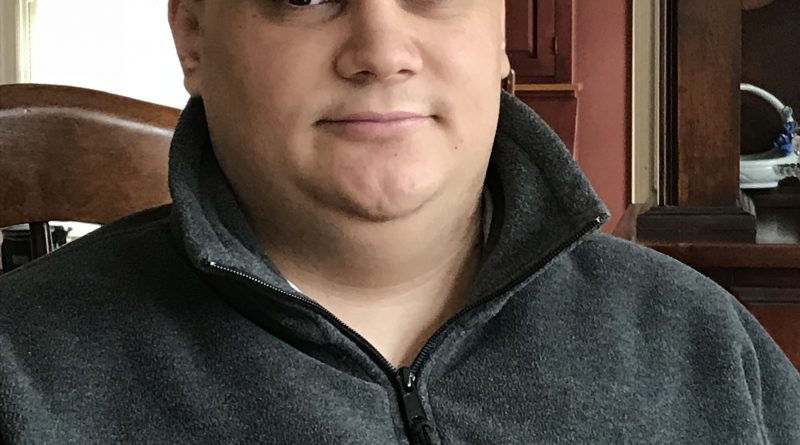 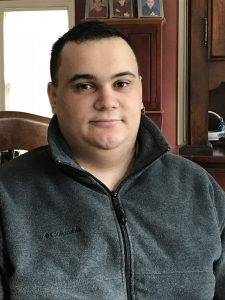 Like most 20-year- olds, Mitchell Webster of Framingham, likes to be active.

He’s passionate about dogs, but these days, walking his 93-pound dog, Skylar, is too difficult because he is tired all the time. Mitchell, a 2015 graduate of Keefe Technical High School, has had four surgeries since being diagnosed with kidney disease last February.

Now Mitchell needs to have dialysis three times a week, for four hours each time. He also needs a new kidney.

There is no history of kidney disease in the Webster family, so the diagnosis at 19 came as a shock.

“He was getting up at night and vomiting for a couple of weeks,’’ recalled Beth. “We thought it was some sort of gastro issue or a stomach bug. When we went to the doctor his blood pressure was 245/145, which was so high, the doctor said she was sending him to the emergency room.”

The only other symptom Mitchell had was constant headaches, a result of the high blood pressure. After a cat scan and biopsy at MetroWest Medical Center, Mitchell learned he had no kidney function and would need a transplant.

Mitchell’s brother Aaron, 22, and his parents were all tested to see if they could be a kidney donor. His other brother Ryan, 16 is too young.

At the time of his diagnosis, Mitchell was taking a class and working at Best Friends Pet Care in Ashland.

“I worked until I got a catheter put in, but I had to stop because I thought, what if one of the dogs jumped up and knocked it out,’’ Mitchell said.

He had a catheter put in last July and began dialysis. He also had fistula surgery to create a bigger vein for the dialysis, but it was unsuccessful. Not only that, but Mitchell ended up with a staph infection from the chest catheter going to his heart.

“I knew because I was coughing a lot and it was harder to breathe, and we went to the hospital and they told us,’’ he said. “I spent 10 days in the hospital, got another catheter and had a little fanny pack attached to me with antibiotics to treat the infection.”

Mitchell had a second surgery, an angioplasty on the fistula to blow it up because the artery was so thin. It didn’t work.

His days are uneventful because he is always tired. Mitchell says he has gotten used to the dialysis and it doesn’t hurt.

He said he doesn’t feel that bad, “but I don’t feel as good as I should. I’m constantly tired. It’s hard to go out.”

His most recent surgery was in February, the third fistula procedure but his fourth surgery in a year.

The Websters don’t know yet if it was successful because it takes time for the vein to mature and get a good blood flow.

“We just try and do normal, whatever it is,’’ said Beth.

Her other two sons have been checked for kidney disease and are okay. “I have no idea how you go from zero to this,’’ she said. “Mitchell’s life is altered, but I think about how he’ll feel after he gets a new kidney.” She recently watched a program about transplant recipients, “and one guy said he felt like he could go out and chop down a forest.”

Meanwhile, “I want to resume a normal life,’’ said Mitchell. “Take a normal shower. Walk my dog. No– we don’t walk her,” he added, “she walks us.”

Like his mom, he thinks about how his life will be after he gets a new kidney. “I’d like to go to school,’’ he says. “I’m not sure for what.’’

Then it’s time to leave for dialysis.

If you are interested in helping Mitchell, please contact the UMass Memorial Live Donor Kidney Transplant Program: 508-334-1269 regarding Mitchell Webster.