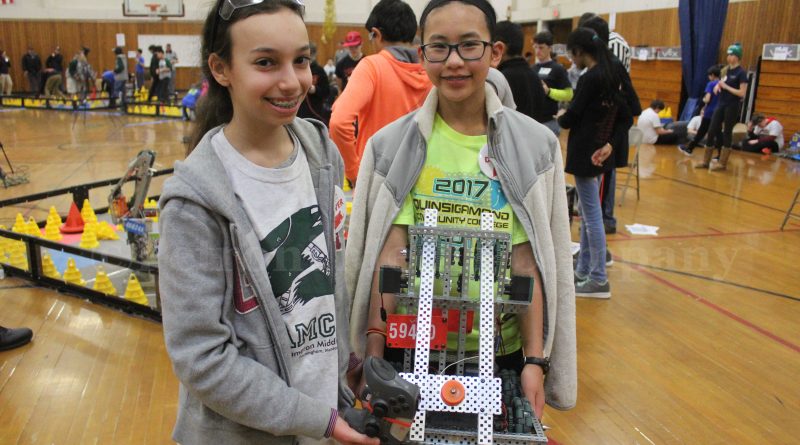 FRAMINGHAM – Seventh grader Nilufar Noorian was adjusting her robot with her team.

The trio from Cameron Middle School was an all-girls robotics team, that qualified for the New England robotics championship, being held at Walsh Middle School last Saturday.

This is Noorian’s second year in Robotics Club, and Cameron Middle School’s third year with a club.

Cameron students take a bus on Wednesday afternoons to Walsh Middle to work with its robotics club members. Walsh has sent teams to the world competition in previous years. (The district’s third public middle school – Fuller – does not have a robotics club.)

The winners on Saturday advanced to the world robotics championships.

Noorian said Robotics is “fun. I get to build a robot – you don’t get to do that every day. It is really cool to build something, like this.”

“There is a lot to programming the robot, and then you have to adjust when your robot gets stuck on a cone,” said Noorian.