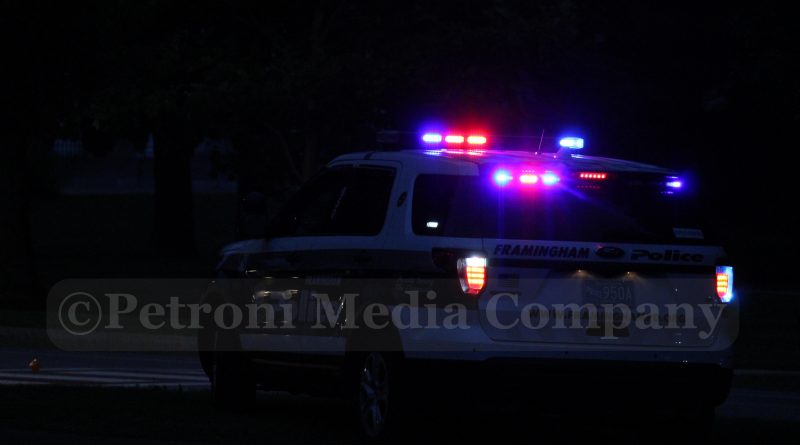 UPDATED: A woman, 70, has died from injuries, after being struck by a vehicle on Route 9 Thursday night.

FRAMINGHAM – Route 9 east is closed in Framingham tonight, Feb. 15, due to a pedestrian struck, around 7:30 p.m.

The pedestrian was struck near Walgreen’s/Whole Foods on Route 9.

A medical helicopter was requested, and then cancelled.

She was in the crosswalk.

“She was crossing Route 9, coming from Starbucks,” said Lt. Grigas. “She was struck in the center of the eastbound lane.”

CPR was performed on the woman at the scene, said Lt. Grigas.

The driver of the motor vehicle did stop, and is speaking with police officers on the scene, said Lt. Grigas.

Police and fire are on the scene at 575 Worcester Road. Motorists should seek alternate routes, and those on Route 9 should expect significant delays.

Route 9 East is closed from the Framingham State University area past Prospect Street, where the crash happened.

Witnesses at the scene have reported foggy conditions near Worcester Road and Prospect Street.

Massachusetts State Police reconstruction team is also on the scene.

Source will update when we have more information.