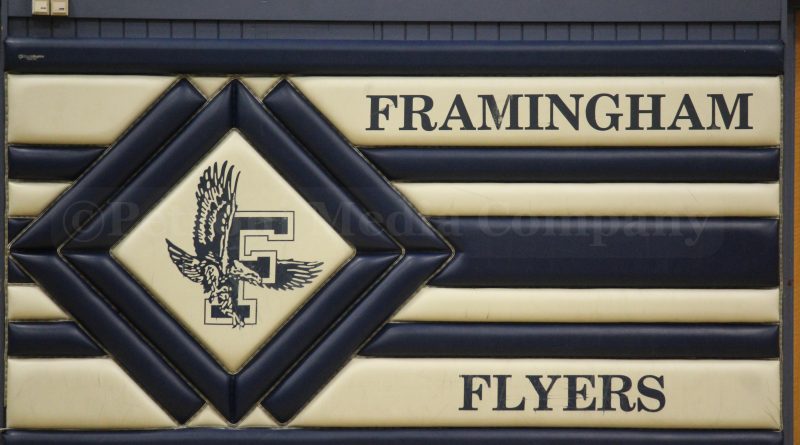 Captain Bryn McIlhenny placed third on vault with an 8.6

Freshman Angela Burke won the balance beam event with an score of 8.8.

Sophomore Sara Anastasi placed third on floor with a 8.7, and tied for third with senior Mary Connolly on uneven bars with an 8.0.

“It was a great meet,” said McIlhenny. “We are really stepping up and doing well!”

Next up for the Flyers is a meet Tuesday against the Mustangs of Norwood High at Broderick’s Gymnastics in Walpole.