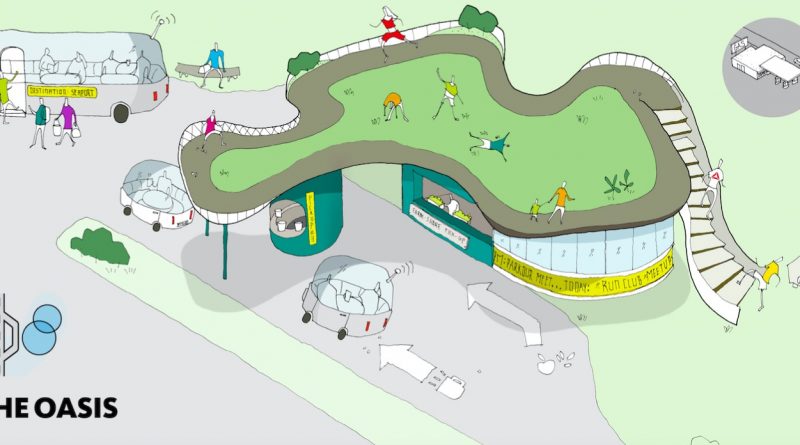 CANTON – As Americans begin to turn to non-gas vehicles, Reebok says its has plans to re-use gas stations across the country as “fitness hubs, where people can prioritize their mental and physical health.”

Reebok posted about its new “get Pumped” concept with global architecture and design firm Gensler on a blog post on its site yesterday, January 17.

“Reebok believes that we’re always training to be our best,” said Austin Malleolo, head of Reebok fitness facilities, in the blog post. “This design work with Gensler allows us to imagine a future where there is zero barrier to entry for an opportunity to work out and be healthy. Consumers may not need gas stations anymore, but instead of wasting them, we’re recycling them, and maximizing the space so that they become places of community.”

The goal is to turn gas stations into “fitness hubs,” so a “healthy gym and restaurant are no more than a few miles away.”

“We envision our cities of the future to have a network of fitness oases between home and work where you could stop and recharge more than just your car. Imagine an option to leave the traffic jam to unwind with yoga, get your Crossfit Fix, or pick up a green juice and your weekly farm share all in one place!” said Alfred Byun, designer at Gensler in the blog post.

The concept takes on three different forms, maximizing the impact of the different gas stations nationwide:

The Network: We’ve imagined the major, interstate rest stops as the power grid of the future. They’re a place where travelers can stop and generate energy through spinning and boxing, Crossfit, Les Mils, and a running trail.

The Oasis: The larger gas station that commuters pass on small, local highways will be turned into recharge zones, to capitalize on the type of mental and physical rest those commuting need. There are real food offerings from a farm to table eatery to a juice bar, as well as yoga and meditation pods. The exterior will provide sustenance in the form of an herb garden, and outdoor wheels where you can run in the fresh air.

The Community Center: The local, small town gas stations are transformed into four different ways for communities to enhance their healthy life. People can charge electric cars, and in the auto repair shop, there will be nutrition classes. The minimart will offer local, healthy food, and pop-up trucks will offer rotating Crossfit and Spinning classes so there’s no lack of access for healthy options.