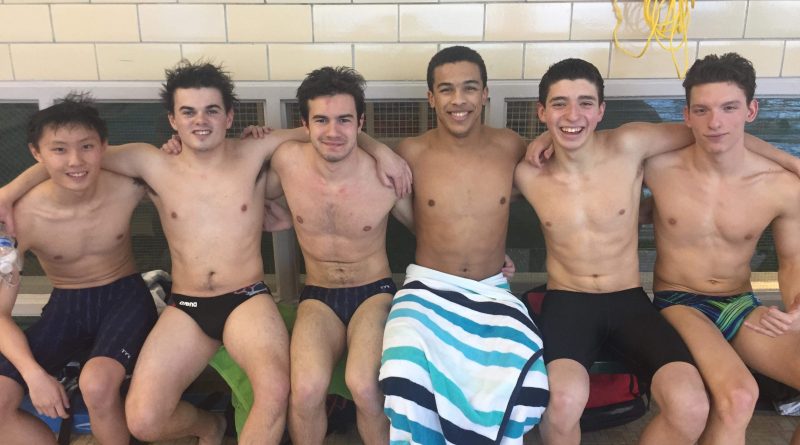 WELLESLEY -The swim and dive meet between Framingham High and Wellesley High came down to the final relay at Babson College yesterday, January 9.

But when senior Eli Gazda touched the wall in the 400-yard freestyle, the Flyers defeated Wellesley 96-90 to earn their first win in the Bay State Conference this 2017-18 season.

The Flyers finished the relay in 3:37.89. Wellesley captured second and third place in the relay for 6 points, but it was not enough for the win.

The Flyers are now 2-0 on the season, with a home meet against Xaverian High scheduled for Friday at Keefe Technical.

Yan was a double individual winner yesterday for the Flyers. He won the backstroke and the butterfly events.

He swam 57.15 seconds to touch the wall first in the 100-yard backstroke. Senior captain Nick Huslman was third for Framingham at 1:03.60 minutes.

What helped to secure the victory for the Flyers Tuesday, was a sweep in the 100-yard breaststroke by the Flyers.

Bassett finished second in the sprint event – the 50-yard freestyle. His time was 22.89 seconds. Wellesley won the event in 22.71 seconds.

The Flyers started out strong yesterday finishing 1-2 in the opening medley relay. Touching the wall first, in 1:45.15 minutes was Yan, Kisler, Bassett, and Gazda.

Flyers Mason Matzker, Geiser, LaFountain and Junior Talon Hayes finished in second to give Framingham a 10-4 lead to open the meet.

Gazda finished second in the 200-yard individual medley in a time of 2:13.10 minutes. Sophomore Kisler finished third in 2:15.30 minutes for Framingham.

In the 200-yard freestyle, Huslman finished third and O’Leary fifth for the Flyers.

The Flyers finished second in the 200-yard relay with swimmers Huslman, Lu, O’Leary and Bassett. Welleseley finished first and third.