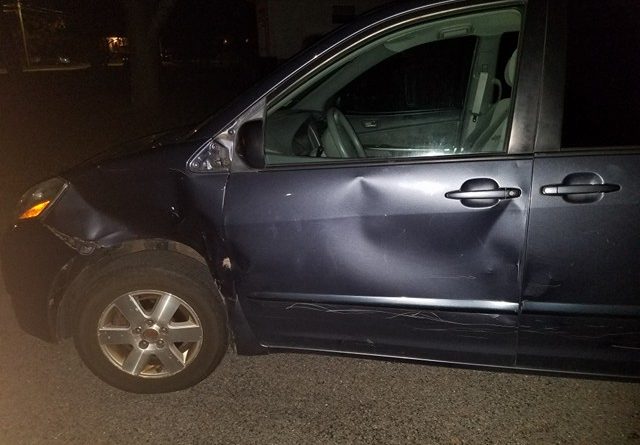 Updated: This report was originally posted at 5:22 p.m. Tuesday night. It has been updated on Wednesday morning at 7:45 p.m.

FRAMINGHAM – A newly-elected Framingham City Councilor was struck by a deer, while driving his vehicle on Edgell Road Tuesday night.

The deer in the road caused a back up on Edgell Road, near Edmands Road, during the evening commute.

“Though the deer caused extensive damage to my car, I feel very lucky that I was not injured,” said Steiner to Source Wednesday morning.

“After the deer strike, I pulled on to a side street to call” my wife to ask her to pick up our daughter, said Steiner.

He said he then “called the police to report the deer in the road.”

Steiner said “it took me a while to get out of the car because the driver’s door does not open anymore and to assess whether the car was drivable. By the time I drove back down Edgell the Highway department was already removing the deer.”

Cherilyn Reno, posted on Framingham Source Facebook she was the “first person to stop” and check on the deer, after it was struck.

According to other posters on Source Facebook, a driver in a pick-up dragged the deer onto the sidewalk.

It was alive after being struck, but according to one commentor on Facebook, “it had stopped kicking” by the time it was on the sidewalk.

Steiner said he wanted to “thank the Framingham Highway Department and Police Department for their quick response to the situation.”

There were three reports of near misses with deers in Framingham in the last 24 hours, according to motorists who contacted Source.

Neil Jones reported on Source Facebook that he “had to brake on Pleasant Street after a deer started crossing the road” Tuesday night.