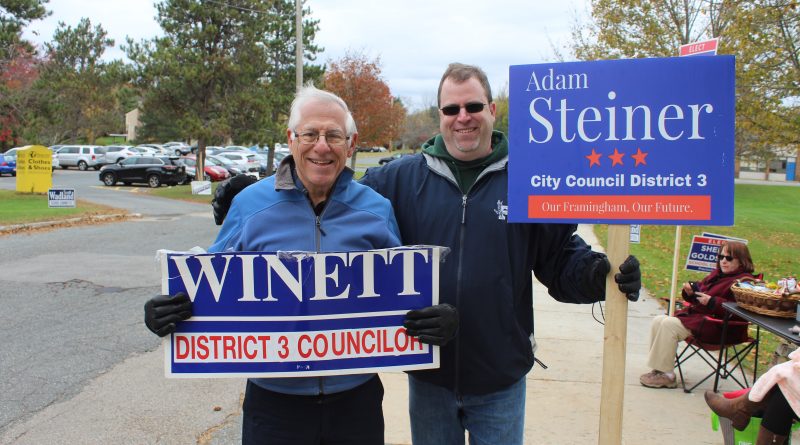 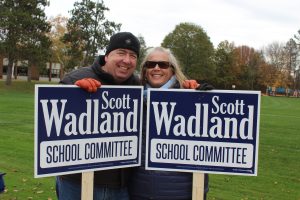 Wadland defeated FSEPAC co-President Sheryl Goldstein 1,170 to 1,081 in Precincts 4 and 7. Wadland received 45.52 percent of the vote.

““ I am incredibly grateful for the support that the voters of District 3 have shown in electing me to represent them on our new School Committee and I look forward to working with the other members of the committee in addressing the challenges that we face as a district,” said Wadland to Source.

“First I would like to thank everyone who supported and believed in me this election. I am eternally grateful to you. To my opponent Scott Wadland, his family and supporters, congratulations for a race well run,” said Goldstein last night.

“To the City of Framingham you are in good hands with the rest of the newly elected School Committee, City Council and our new Mayor Dr. Yvonne Spicer. I will continue to work in every capacity I can locally and statewide to improve the education of our children,” said Goldstein to Source.

“It is an absolute honor to be elected to the first city council of my hometown of Framingham. I want to acknowledge my opponent Joel Winett, a great community leader in Framingham, for a spirited well-run campaign. I look forward to continuing the great conversations that have begun over the past several months about the future of Framingham,” said Steiner to Source last night.

“Congratulations to Adam for his hard work on this election. I wish him well in his role as city councilor. Thanks to my wife, my campaign manager, for all her support and effort. I am happy I have been able to contribute to the town, now the city,” said Winett.

Yvonne Spicer, who is a vice president at the Museum of Science in Boston, was elected Framingham’s first mayor easily with 9,129 votes. John Stefanini received 6,455 votes. Spicer received 58 percent of the vote compared to Stefanini’s 41 percent.