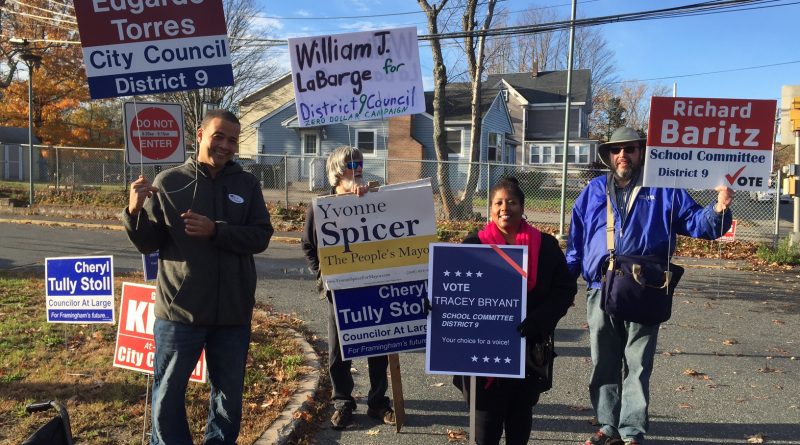 FRAMINGHAM – Edgardo Torres, who missed much of the campaign season helping victims of Hurricanes Irma and Maria, by volunteering with the Red Cross in the Caribbean was elected to represent District 9 as its first city councilor.

Torres, 33, was also the youngest individual elected in yesterday’s historic City of Framingham election. He was one of 9 district councilors and one of 11 council members total elected.

The District City Council seat and the District School Committee seat is for a 2-year term, which begins on January 1, 2018.

“I just want to thank everyone in District 9 who took the time to go out and vote. I am so grateful for this opportunity,” said Torres, who is the lone hispanic elected to the City Council.

“There is a long road ahead of us and I am ready and commited to work for the people,” said Torres. “I am looking forward to working with other elected city council members and the Mayor. Thank you all.”

Bryant was not available for a statement.