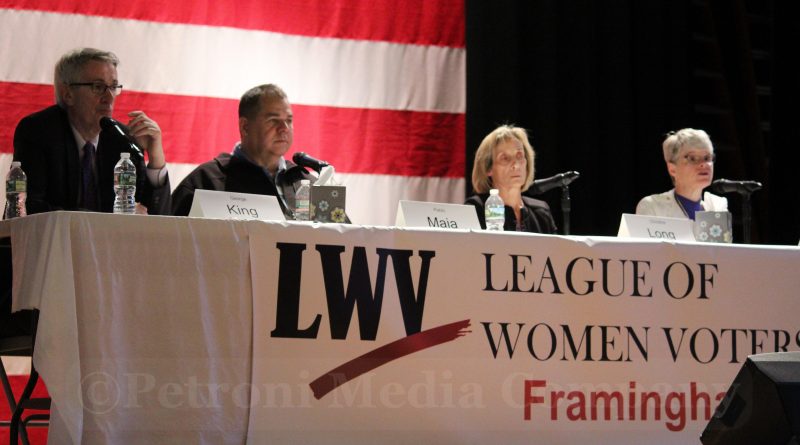 The mayor and the two at-large councilors will be only the elected officials city-wide. All other elected officials on the November 7 ballot will be elected by their new City of Framingham district. Each City District is comprised of two Precincts in town.

Voters will see four names on the ballot for at-large councilor.. They will vote for up to two individuals.

Come January 1, the City of Framingham will have an 11-member City Council, nine district members and the two at-large members.

Framingham Source sent a questionnaire to all four candidates.

Three of the four candidates responded by the deadline. You can read the responses by clicking the names below.

Names are listed below alphabetically.

Names will not appear on the ballot in alphabetical order. Instead names were drawn to at the Town Clerk’s office to determine ballot order.