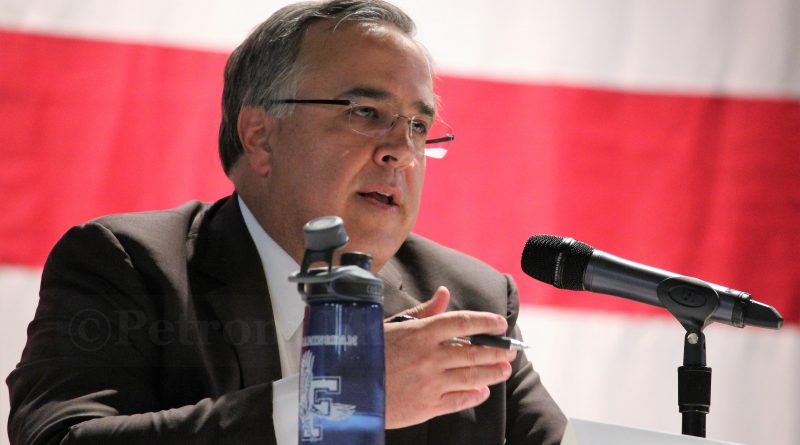 Throughout the meeting, candidate (John) Stefanini spoke from experience, gave specifics, raised critical issues in our communities and ways to address them, and listened to our concerns. It was evident that Stefanini put thought into everything he said and he spoke from a place of knowledge.

For example, he brought up using federal funds for early childhood education and after-school enrichment programs for the middle and high schools. He educated us about the importance of not only mid-size businesses in the Framingham marketplace, but the role that small businesses play in driving our local economy.

Stefanini also took the time to explain why Natick, Marlborough, and Hudson have succeeded in revitalizing their downtowns and what Framingham needs to do in order reinvent our downtown.

In addition to Stefanini speaking from a place of knowledge, I also appreciated the value he placed on working together and learning from others.  For example, he spoke of a time he learned about governing a city as several little villages from the mayor of Newton. Stefanini went on to say that a leader needs to give people what they specifically need because, often times, treating everyone as if they are exactly the same fails everyone.

When vacant plazas were brought up, both candidates said they don’t think apartment buildings should be built in the Nobscot plaza, and they had similar ideas for what should go there. The difference between them was that Stefanini named the people he would call first, second, and third to get things moving in the right direction. Candidate (Yvonne) Spicer expressed wanting to sit down and come to an amicable agreement.

Some of what Spicer said sounded unrealistic and/or a fun idea, but I question how much thought was put into them before being presented.

For example, she mentioned the possibility of building tiny houses in Framingham and building a convention center near the area Adesa is currently located. I wonder about the details and finances behind that. Have hotels shown interest in building nearby? Is Sherborn going to give us a hard time about it?

I don’t question to be critical, as I believe Spicer is an intelligent and likable individual who has much to offer our community.

This being stated, we are extremely fortunate in that we also have candidate Stefanini who radiates with Framingham pride and is able to dig deeper into the issues because of his expertise. He is ready to be our first mayor. Framingham’s first mayor will guide the direction of our new city; we need to be in qualified and experienced hands.
Avital Brauner
Framingham