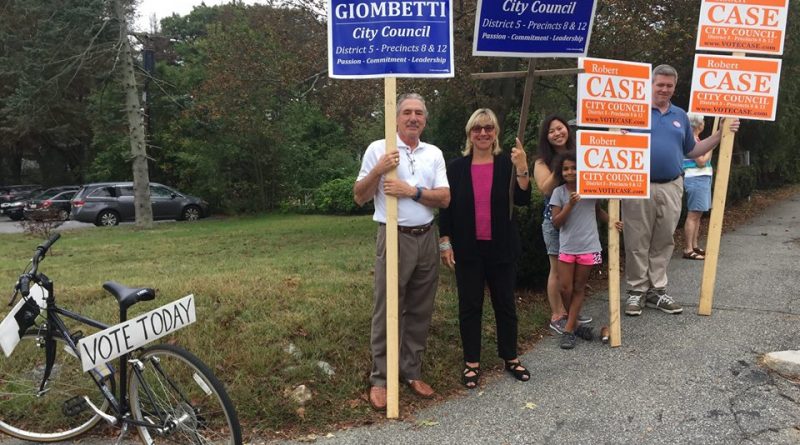 Giombetti received the most votes with 412, in District 5, comprised of Precincts 8 and 12.

Gordon, who was elected to the Framingham School Committee in April, finished second with 149 votes. Case received 48 votes.

Giombetti was second with 239 votes, and Gordon was third with 198 votes.

“Thank you to my friends, neighbors and tireless volunteers in District 5 for their amazing support today,” said Case to Source yesterday. “This is an exciting time for Framingham, and I am honored to advance to the general election in November. All of the candidates in District 5 ran positive and thoughtful campaigns, and I am particularly grateful to Cheryl Gordon for her dedication and commitment to our district and to Framingham. Over the next several weeks, I look forward to continuing to meet residents in precincts 8 and 12 and working hard to earn their vote in November.”

On November 7, voters will decide between Giombetti and Case to become the district’s first-ever city councilor.

Voter turnout in Precinct 8 was at 31 percent with 804 voters.

Gordon, had been elected less than a week, when she announced she wanted to give up her School Committee seat and run for the District 5 City Council seat. Her term on the School Committee will end on December 31.

Under the new City of Framingham government, the seven member School Committee elected town-wide will go to a 9-member Committee, elected by 9 districts.

Source ran profiles and a Q&A with each candidate this month.