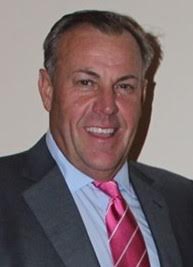 Voters will vote for one of four candidates in District 6 in a preliminary election on Sept. 26. The two candidates with the highest votes will move on to the final election on November 7, where voters will elect the City of Framingham’s first City Council.

“Framingham needs a Council, made up of members who can not only listen to but actually process multiple side sof complex issues that face our community,” said State Rep. Chris Walsh. Over many years, as the chair of the Framingham Zoning Board of Appeals, Phil has impressed me as a person who can do just that, always treating  people and businesses with respect an an open mind. I believe he would represent his district extremely well.”

Read more about Ottaviani in his announcement to Source.

The free event is at the Framingham Lodge of Elks at 450 Union Avenue from 6:30 to 9:30 p.m. Attendees are asked to donate a non-perishable food item to benefit Framingham families in need.

Campaign donations of any amount are greatly appreciated and can be made by check payable to “Committee to Elect Scott Wadland” or online at https://www.gofundme.com/wadland.