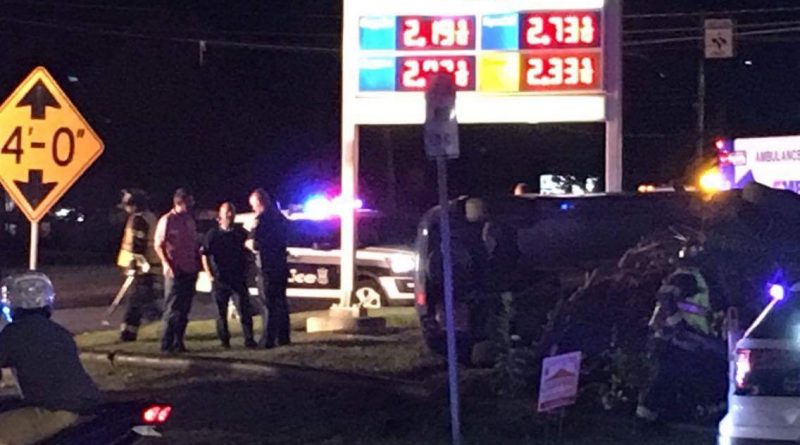 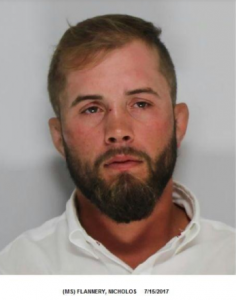 FRAMINGHAM – Framingham Police arrested an Ashland man on charges of operating a motor vehicle while under the influence of alcohol, after he rolled over a Mercedes and crashed it at the corner of Route 30 and Speen Street Saturday night.

Arrest at 11 p.m. on July 15, was Nicholos Flannery, 24, of 81 Green Street in Ashland. He also was charged with failure to stay within marked lanes, resisting arrest, disorderly conduct, and negligent operation of a motor vehicle.

Police said Flannery and a woman, identified as his girlfriend, were in the Mercedes when it rolled over. Firefighters had to extricate her from the vehicle. She was treated for minor injuries at MetroWest Medical Center in Framingham.

Flannery refused to take a breathalyzer test. In Massachusetts, than means an automatic forfeiture of his license for 6 months.

Photo of  the crash courtesy of a Source reader.