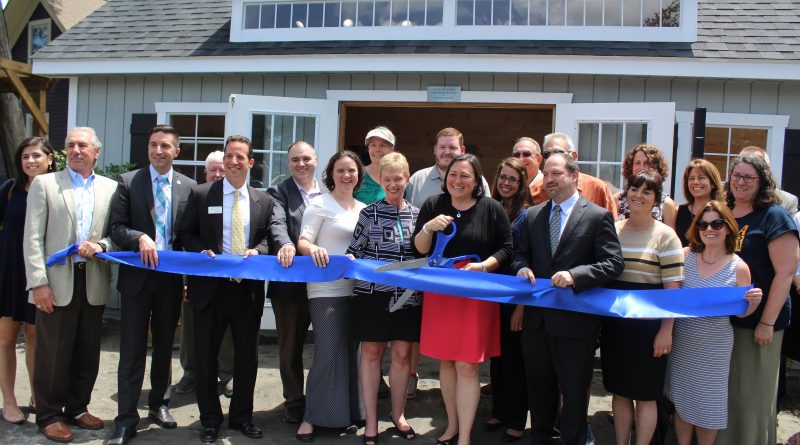 ASHLAND – MassDevelopment President and CEO Marty Jones today announced $1 million in funding for the second year of the Commonwealth Places program during a ribbon cutting at “The Corner Spot,” a community gathering space and business incubator financed by Commonwealth Places.

In its first year, the program launched 20 projects ranging from an accessible dock in Athol to a honeybee meadow in Maynard.

The $1 million in funding for the second year of the program is an increase over 2016, and will allow Commonwealth Places to continue supporting strategic projects in cities and towns across the state.

Editor’s Note: Framingham Source attended the grand opening and ribbon cutting of The Corner Spot and will have a slideshow and report up shortly.

Through the Commonwealth Places program, the Town of Ashland met its funding goal of $25,000 to win a matching grant of $25,000 from MassDevelopment.

“The Corner Spot will leverage the creative, innovative ideas of the Ashland community to boost economic activity downtown,” said Senator Karen E. Spilka. “The Commonwealth Places program is a terrific example of grassroots, community-driven development, and I look forward to seeing the new business ideas, partnerships and connections that will blossom here.”

With its central location in downtown Ashland, The Corner Spot will stimulate economic activity for existing businesses, allow new businesses to test ideas, showcase the surrounding area to future developers, and create an outdoor space for residents to reconnect and enjoy their community.

“It is wonderful to see The Corner Spot come alive due to the support and encouragement from the residents in town,” said Beth Reynolds, Ashland Director of Economic Development and Community Outreach. “This project has already strengthened our community in ways I never imagined.”

MassDevelopment, the state’s finance and development agency, works with businesses, nonprofits, financial institutions, and communities to stimulate economic growth across the Commonwealth.

During FY2016, MassDevelopment financed or managed 352 projects generating investment of more than $4 billion in the Massachusetts economy.

These projects are projected to create about 8,200 jobs and build or rehabilitate about 4,200 residential units.