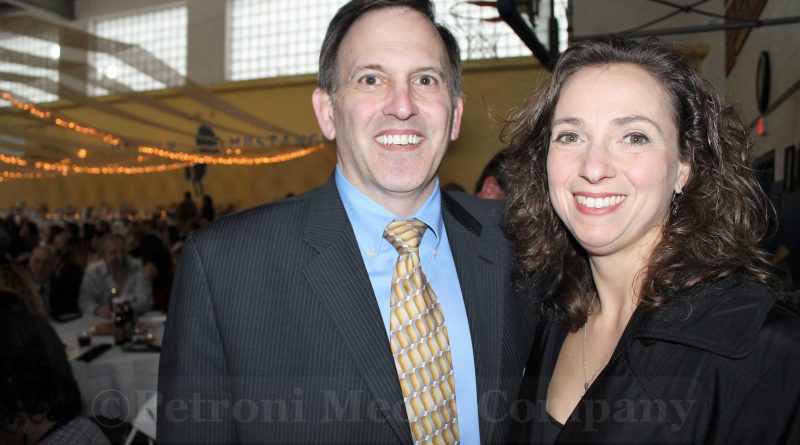 FRAMINGHAM – Marian High School celebrated six decades in Framingham, with a gala over the weekend.

Rev. Richard Cardinal Cushing, with the Archdiocese of Boston, opened the school in 1956.

“Throughout the 60-year history of Marian High School, the Sisters of Saint Joseph have served as our example of Christian leadership,” said Marian principal John J. Ermilio. “Their lives of selfless service to others forever changes the lives of thousands of Marian students and families. Through these humble ladies, we learned to care for the dear neighbor without distinction … The Sisters planted the seed of the mission in which Marian is rooted today.”

The school now has more than 6,000 alumni. Many of them packed the high school’s gym Saturday night, April 8 for the annual gala.

While the school started out as part of the Archdiocese of Boston, in 2004, the 9-12 high school became its own entity – Marian High School Inc.

The Gala featured an auction and a performance by speed artist Rob Surrette.

During the gala, five individuals with connections to Marian High were honored.

Also honored were alumni Edward Supple (Class of 1967) and Maureen and Steven Condon (both Class of 1984).