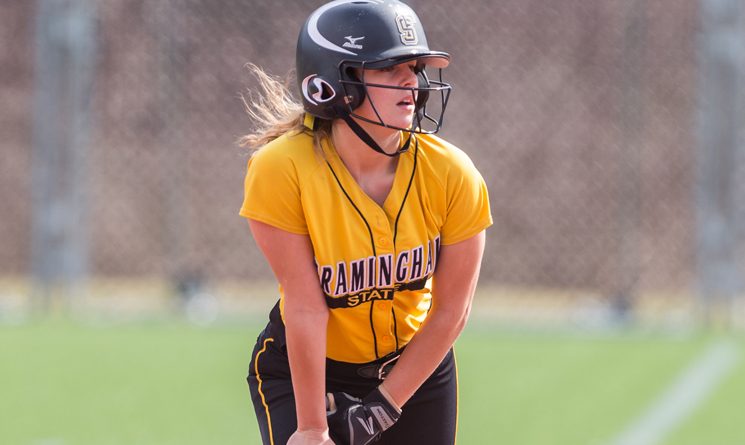 The Rams are now 6-5 on the season and return home to continue with the northern portion of their schedule next week.

The Rams only recorded one hit during the first seven innings – a single by Dayna Marchant in the top of the third inning, while Gunarathne carried a no hitter into the seventh.  After recording a line out to center to start the bottom of the seventh,  Marchant preserved the no hitter and shutout for Gunarathne with a leaping catch over the fence robbing Trinity’s Courtney Erickson of a home run.  Nicole Towner followed with a single for Trinity, but Gunarathne was able to force a ground out to end the inning and send the game to extra innings.

The Rams scored the game’s only run in the top of the eighth.  Freshman Kirsten Dick started the inning on second and after an out stole third.  After a ground out, Marchant delivered an RBI single to center scoring Dick.

Gunarathne recorded her fifth victory of the season in the circle going eight innings and allowing no runs on two hits with seven strikeouts and two walks.