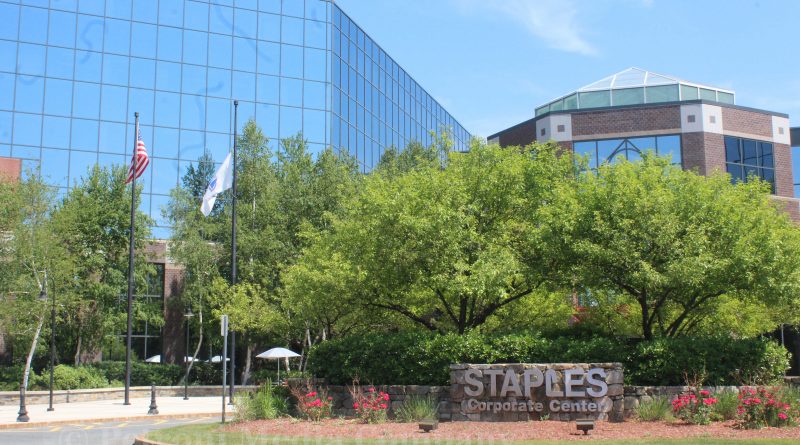 Would you rather live in the oldest, largest town in Massachusetts or in a municipality known for its transparency, accountability and most importantly, equal representation of its citizens?

While currently serving as Chair of the Framingham Planning Board I have also served on the ZBA, Town Meeting, Standing Committee of Public Works and the Government Study Committee during the past 25 years.

As such, I have a deep understanding of the workings of our current form of government and its failings. A recent case in point is Town Meeting’s rejection of the Corporate Mixed Used Zoning proposal to assist Staples, our fourth largest commercial taxpayer, with relief that would allow the company to rezone their property located in the 9/90 industrial complex. Staples had reported an anticipated sharp decline in sales and earnings growth that resulted in closing 48 stores in 2016, in addition to the 70 stores that will close this year.

Understanding the importance of Staples to the Town’s tax base, the Planning Board with its Administrator invested over three years developing and refining a bylaw in response to this news.

In addition, the Planning Board attended in excess of 50 meetings and spent tens of thousands of dollars from our budget on consulting fees for traffic and market feasibility studies.

Next, we brought this proposal to Town Meeting for approval but were given under 10 minutes to present it. A principal from Staples presented his case but the traffic engineer was not allowed to give his report.

Bottom line – Town Meeting members admitted to never reading detailed traffic and market feasibility studies prepared by paid consultants. It was made clear to the Planning Board and the principals of Staples that they simply did not want any development in this prime commercial location and chose to deny the proposal on its face. Reconsideration of this vote also failed to pass.

Bottom line – they denied the residents of Framingham the opportunity to enhance the tax base while sending a message to potential developers that they were not welcome.

For those of you thinking that a City would result in increased taxes and expense to the taxpayer with a paid professional staff I would say you are intentionally being misled.

It only took the vote of 3 members of the Board of Selectmen, the executive branch of government, to appoint the Town Manager, who does not live in Framingham, with a contract containing a salary of $178, 602.

The list goes on of high paying administrative officials and employees that taxpayers are supporting.

include the school department which has a payroll of over 1,700 listed employees, 37 of whom currently make more than $100,000 a year.

Most residents have no idea of the number of positions and salary increases that have taken place under the current Town Manager.

I contend that a City government will provide taxpayer relief by restructuring municipal government and eliminating the unnecessary current municipal expenditures by the Town Manager. Moreover, no longer would positions be created without the taxpayers having a real say in the process. Not only has the Town Manager Act of 1996 placed an exorbitant amount of power in the appointed Town Manager, but it also has reduced the Selectmen to figureheads that retain only policy-making powers.

Those opposing the Charter are making these claims for fear of losing their personal control over an agenda that is crippling the Town’s ability to thrive which ultimately is punishing the taxpayer with continual tax increases. In addition, some town meeting members hold contracts with the Town that are not disclosed and at the same time they vote on proposals to insure that they will continue to be paid while “volunteering.”

In sum, City government WILL NOT cost the taxpayer more since the immediate result will be to examine the current town expenditures and revenues to eliminate unnecessary positions and spending.

City government WILL provide the transparency, accountability and equal representation that currently does not exist. The Board of Selectmen are not accountable for their decisions since each will point at one another to prevent accepting responsibility for decisions that negatively affect taxpayers. Town Meeting members vote to increase your taxes regularly without possessing any knowledge-based criteria from which to make those decisions.

City government WILL provide a Mayor directly accountable to voters. Provisions for relief will be in place if the Mayor does not perform as expected. An elected Mayor needs to respond in a timely manner to issues or stands to be ousted from office.

Currently the Town Manager is only accountable to 3 voting members of the Board of Selectmen. This threshold is unacceptable.