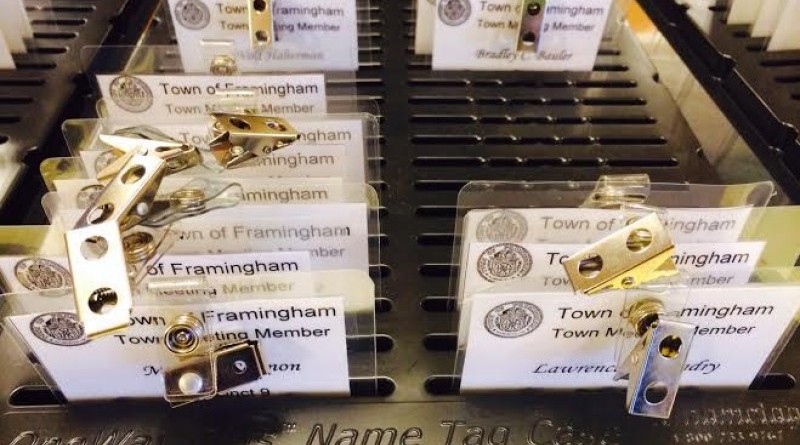 Town Meeting enabled new building in the downtown area by approving a Tax Incentive Plan (TIF) and two Transportation Oriented Development (TOD) projects. These projects were developed over the past four years with leadership from the Town Manager. Would a city mayor do was well or better or faster? The town staff, led by the Director of Community and Economic Development, did the planning, made presentations to town boards and committees, and responded to recommendations.

Yes, it took time and effort, but that is the way to get a good project moving forward. The project needed zoning bylaw changes, state acceptance of the plan, and approval by Town Meeting. But, most importantly it needed developers to invest in Framingham. This could only be accomplished by a dedicated professional staff. This took time to accomplish.

Did the scheduling of the Town Meeting delay this project? No – the Board of Selectmen called the Town Meeting at the appropriate time. They could have bundled these articles with other articles at a Town Meeting held three weeks earlier. But, the agreements were not quite ready. The final agreements were approved by the Board of Selectmen the day before the Town Meeting and not earlier so that they could present the best agreements for Town Meeting approval. This was after the staff met with the Finance Committee, the Planning and Zoning Standing Committee, and the Ways and Means Standing Committee. These Town Meeting committees approached the project from different viewpoints, and they asked probing questions. These included (a) tax benefits to the town, (b) expense risks to the town, (c) required support from police, fire and the school department, and (d) traffic impact.

Town Meeting met in the middle of winter and had an attendance of 117 members, 65% of the elected members with representative from all 18 precincts, and the new a quorum of 93 members instead of the previous 80 members. Would a city council of 11 members be as representative of the community and provide the same review that the 29 members of the Town Meeting Committees provided?

At the Town Meeting 20 speakers from 10 of the 18 precincts, including the 4 precincts in the project area, made comments or asked questions. Not all the speakers were for the proposals. Some speakers did not want the apartments and preferred commercial development. Traffic issues, the impact of the construction, and the precedent of reducing taxes were raised. The vote for the plan was 101 (Yes) and 15 (No) for an approval by 87%.

Would an 11 member city council be as representative and provide the same involvement from the community? It would not. Town Meeting is not broken.