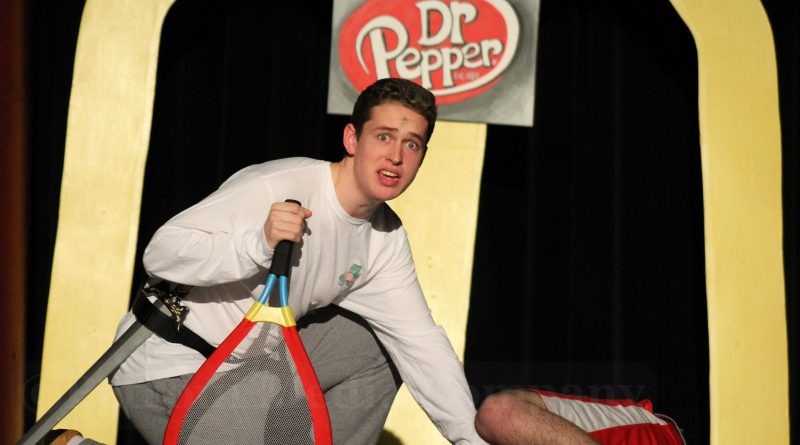 The Marian High student will perform The Hamlet Thrill-Mageddon in the preliminary round of the state’s drama festival on Saturday, March 4 in Attleboro.

The comedy written by Don Zolidis is about a drama club short on cash. After the club’s budget is slashed, the club decided to sell corporate sponsorship to its latest production. However the sponsors demand changes in the old Shakespearean script.

Marian’s production features the Golden Arches and several other corporate logos placed in its production of Hamlet.

The show features several dozen students in the cast and crew.

Aidan Scamby has the role of Hamlet. Maeve Walsh is Gertrude with Chris Thokar as Claudius. Katherine Wettengel plays Ophelia.

Photos taken during a dress rehearsal on Ash Wednesday.