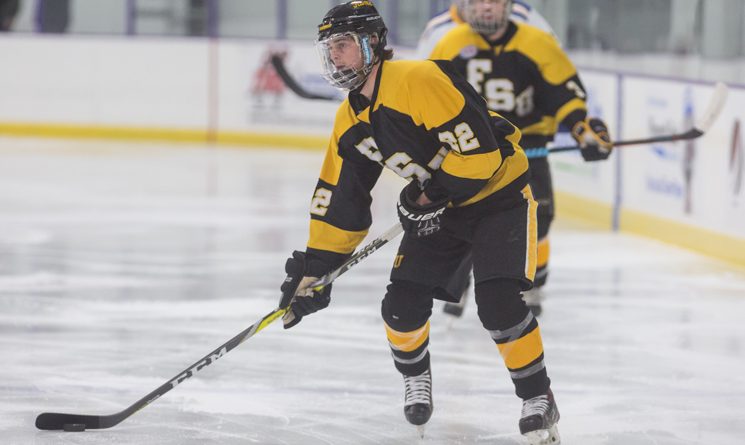 FRAMINGHAM –  The Framingham State University men’s ice hockey team saw their season come to a close after a 3-1 loss to UMass. Dartmouth on Tuesday evening at Loring Arena.

With the win the Corsairs improve to 17-8 and 12-6 in the conference and await the results of the remainder of conference play to finalize their tournament seeding.

The Corsairs got on the board with just less than five to play in the first period when Brendan McDonough scored with an assist coming from Hunter Wilhoite.

The Rams answered in the final minute of the frame when Jack Sheehan (pictured)  sent in a one-time pass across the crease from Essery and Ryan McDonough also assisting.

The two teams skated to a scoreless second period thanks to a diving glove save by Rams goalie Adam Calabrese while shorthanded right around the final minute of the frame.

Drew Michals made 36 stops in net for the Corsiars. Calbrese made 39 saves for the Rams.