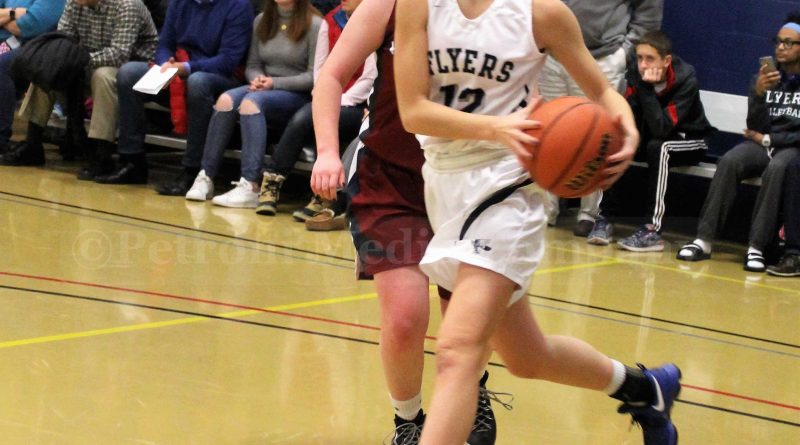 The Flyers led after the first quarter 9-7, but King Philip rallied to take a 33-26 halftime lead.

The Flyers regained the lead in the third quarter, but in the end the Warriors took the victory.

The Flyers end their season with a 5-15 record.

The game was the final for both teams, as neither qualified for post season play.

Photo of Faith Daigle from a previous game this season by Petroni Media Company.