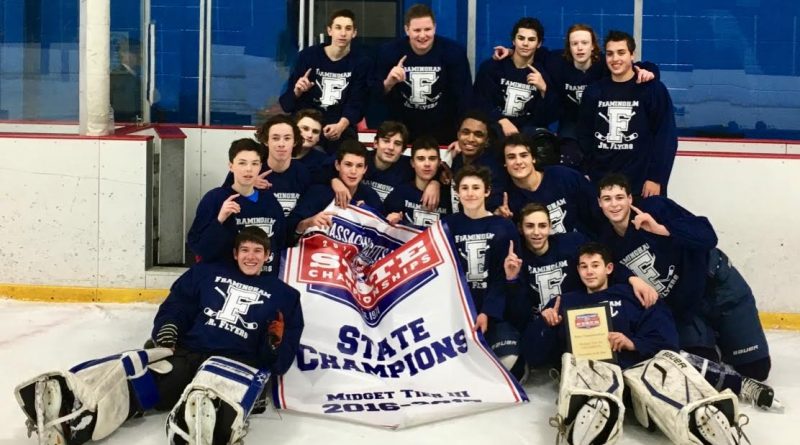 STONEHAM – Over the weekend, the Midget B team from Framingham won a state hockey championship.

The Framingham squad won all five of its games, over three days, to win the state title.

On Saturday morning, the Midget B team defeated Greater Lowell 14-2.

Sunday morning, the Midget B team defeated Andover 4-1 to earn a spot in the state finals.

“I can’t say how proud I am of this team such a dominating weekend going 5-0,” said head coach Joe Macinnis. “With 49 goals for and 7 against that works out to be about a 10 to 1 game average.”

The head coach said “everybody stood up and played amazing.”

Michael Tersoni was the leading scorer for the team, who was consistently set up by his line mates William Trishitta and Patrick Conzo.

The defense was led by Jack Seta, Timothy Ringie, and Sean Macinnis.

“Coach Joe Macinnis was outstanding in bringing the whole team together with not only teaching and leading a hockey team, but life lesson that the kids can go on to use in other big moments in their lives,” said assistant coach Robert Weiner.

“This was truly a team effort across the board. Every single player contributed to winning the State Championship,” said Weiner.

Other assistant coaches were Don Trischitta  and Chris Brown.
The team manager was Mike Phelan. 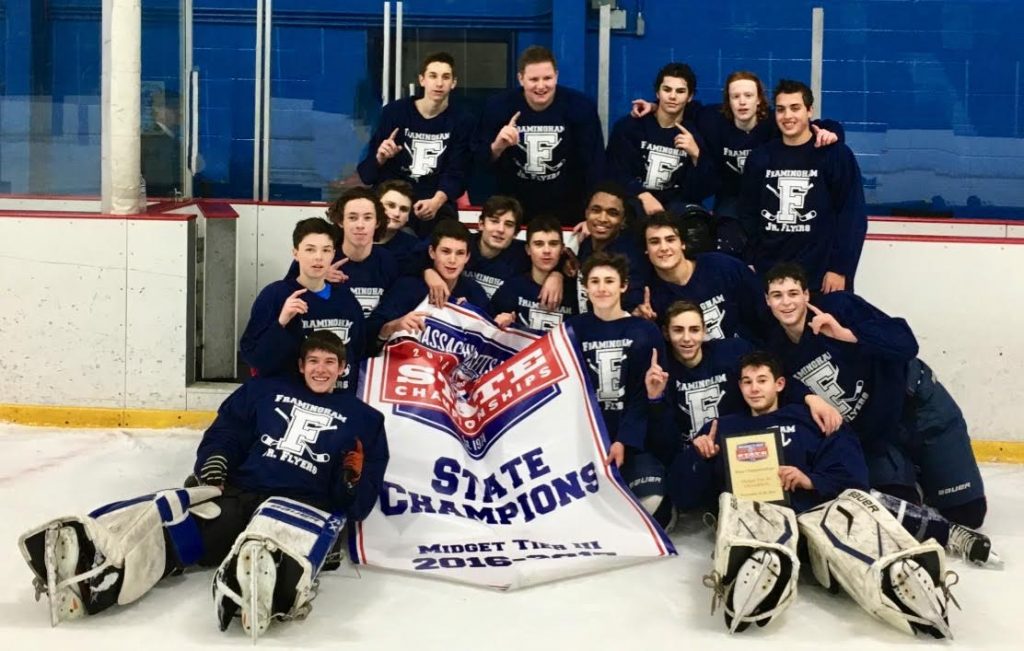