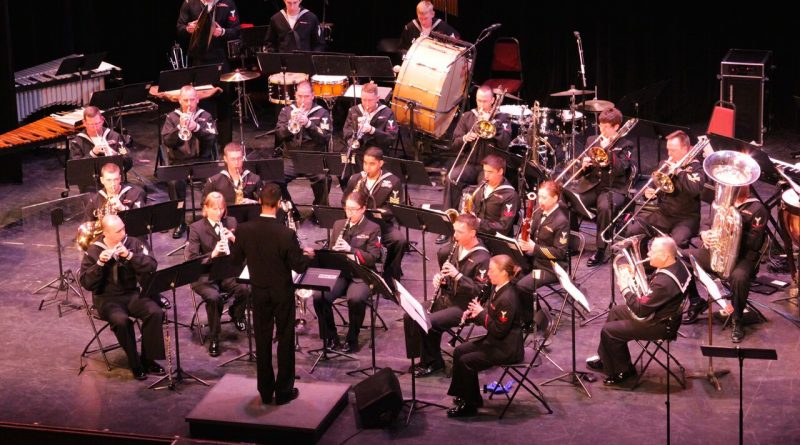 FRAMINGHAM – Navy Band Northeast brings the holidays to Framingham with a free performance at Nevins Hall in December.

The band will perform at Nevins Hall on Sunday, Dec. 4 at 3 p.m. The concert is free and open to the public.

Led by its Director, Lieutenant Gregory Fritz, the Pops Ensemble will perform Christmas, Channukah, and seasonal favorites sure to delight even the “frostiest” of folks. The Navy Band Northeast rock band, Rhode Island Sound, will also perform, adding contemporary jingle to the event.

The Navy Band Northeast Pops Ensemble is known for performing traditional concert band and patriotic favorites while enhancing public awareness of the Navy and the importance of naval service. It is comprised of 30 active duty sailors, performing on wind, percussion, and rhythm instruments, and often features vocalists.
Rhode Island Sound is the most contemporary sounding group from Navy Band Northeast. This ensemble entertains audiences with music ranging from rhythm and blues to classic rock. Performing current popular music at high schools throughout New England, Rhode Island Sound also performs public concerts at a variety of venues. Their versatility and showmanship has always kept them in great demand since their inception in 1974.

Navy Band Northeast Director Lieutenant Gregory Fritz is a native of Cincinnati, Ohio. He is a 1995 graduate of the University of Akron where he received a Bachelor of Music Education degree, and a 2002 graduate of the University of New Orleans where he received a Master of Education Administration degree. Fritz enlisted in the Navy in 1998 and served twelve years as a percussionist. His duty stations included U.S. Navy Steel Drum Band, Navy Band New Orleans, Navy Band Great Lakes, and 6th Fleet Band. He was commissioned in 2010 after completing the Limited Duty Officer/Chief Warrant Officer Academy at Newport, R.I. His initial officer assignment was to U.S. Navy Band Washington, D.C. His personal awards include the Navy and Marine Corps Commendation Medal (three awards) and the Navy and Marine Corps Achievement Medal (three awards).