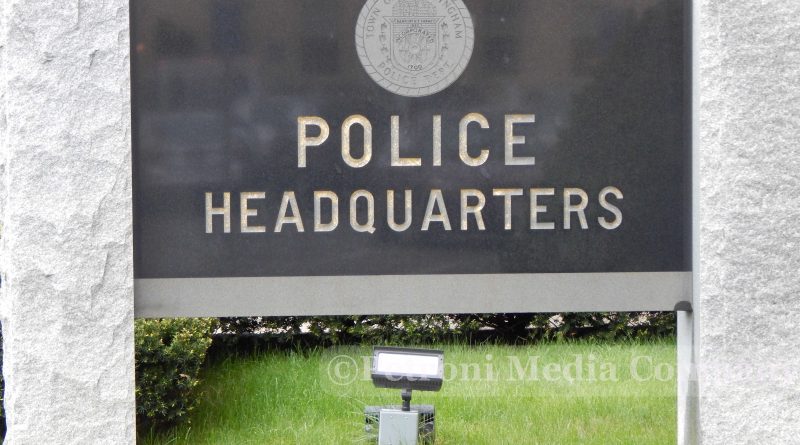 A suspended Framingham police detective has filed a federal lawsuit against the Town of Framingham and Framingham Police Chief Ken Ferguson alleging his civil rights were violated when he reported corruption complaints against about the police department to the FBI.

Det. Matthew Gutwill, who is a 12-year veteran of the Framingham Police Department, was suspended by Chief Ferguson on August 19, 2016.

In the lawsuit Gutwill’s lawyer argues Gutwill’s federal civil rights were violated, aloso citing the “whistlebower statute” when “Chief Ferguson trumped up a charge of “untruthfulness” against Det. Gutwill and suspended him, all in retaliation for his filing an internal complaint against a fellow officer and reporting corruption within the Framingham Police to the Federal Bureau of Investigation.”

The court documents state that one year before Gutwill was suspended he “made himself very unpopular within a segment of the Framingham Police when he reported that a fellow officer” had testified untruthful in court.

The court document states that after an “Internal Affairs officer conducted an extensive investigation into Det. Gutwill’s complaint and found (the detective) had been untruthful on the stand, Chief Ferguson took the highly improper and unusual step of asking the Internal Affairs officer who wrote the report to reverse his findings. When that officer refused, Chief Ferguson appointed another officer who, unsurprisingly, wrote a new report with contradictory findings.”

In February, according to court documents, “during a lengthy phone conversation with Chief Ferguson, Det. Gutwill told Chief Ferguson that he had gone to the FBI and reported FPD corruption and wrongdoing. On this call, Det. Gutwill complained to Chief Ferguson about his failing to control his deputy chiefs, his interference in the (detective)  investigation, his retaliating against him by removing him from the DEA Task Force, and other instances of improper and illegal conduct within the FPD unrelated to Det. Gutwill.”

According to the court documents, “Chief Ferguson decided to take even more decisive action to silence Det. Gutwill, this time using a method that he and his deputies had already successfully employed with several other officers who dared to speak out, that is, to trump up a charge of “untruthfulness” and use that to force an officer to resign.”

According to the court documents Gutwill, who lives in Ashland, on January 28, 2016 with his attorney met with FBI Special Agent

Kevin Constantine and FBI Supervisory Special Agent Jared Hewitt and told them about “multiple instances of corruption” with the Framingham Police Department.

Framingham Source was the first media outlet to publish about Gutwill’s paid administrative leave in September.

“Earlier this year, Det. Gutwill made allegations that included his being retaliated against due to his report of issues within the Framingham Police department. The town conducted an extensive, independent and thorough investigation of the three allegations that Mr. Gutwill made.In each of the cases, the independent investigator found that there was no validity to the allegations. In fact, in two instances it was found that Mr. Gutwill was untruthful,” said Halpin in a statement.

“When the Town formally receives the complaint, we will review it.  Until then, we have no choice but to withhold additional comment,”said Halpin.