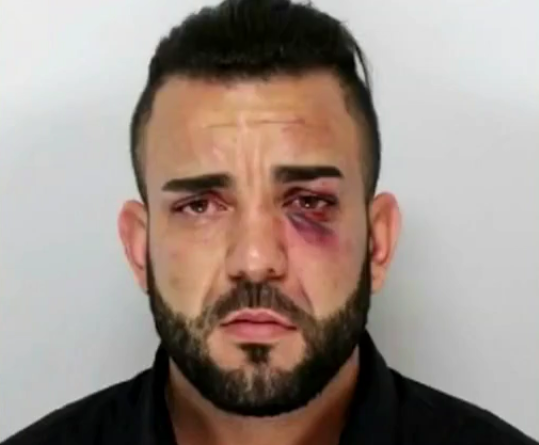 Arrested was (pictured) Marcus Bino, 29, Universal Street, was arrested and charged with two counts of assault on a Framingham Police Officer, domestic assault and battery, disorderly conduct, disturbing the peace and witness intimidation.  Police were called to the apartment for a men beating his girlfriend.

Cell phone video, by an anonymous individual, shows the Bino shoving the two officers and throwing punches, as they try to arrest and handcuff him.

A TASER was eventually used on Bino before he was placed in handcuffs.

A report states “Both officers’ uniforms were disheveled, uniform shirts pulled open, name tags pulled off, police equipment spread throughout the room from their duty belts.”

The female officer suffered several blows to the left side of her head, has a black left eye, and an arm injury.

It also states that Bino may be a trained fighter, in Jiu Jitsu.