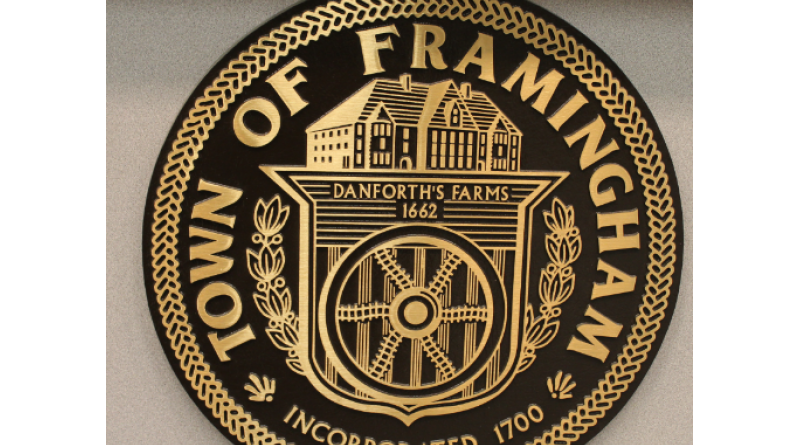 FRAMINGHAM – The Massachusetts Ethics Commission has determined the Framingham Chair of the Zoning Board of Appeals did not violate the state ethics laws or use undue influence, when he approved a special permit for development on the Marist Property in Framingham.

The state ethics commission determined on August 25, that Phil Ottaviani Jr. did not violate Massachusetts General Laws chapter 268A when he voted in March 2016 to approve a special permit for a 104-bed assisted living facility proposed by developer, Brendon Properties and co-applicant, Benchmark Senior Living.

The State Ethics Commission never discloses who files a complaint against an official. The Commission did sent a letter to Ottaviani on its decision.

But in April, Framingham Town Meeting member Deborah Butler filed a suit in Massachusetts Superior Court against the Framingham Zoning Board of Appeals, Brendon Properties Northside, LLC, and Benchmark Living.

In that lawsuit, Butler stated Framingham Zoning Board of Chair Ottaviani was a founding member of Framingham First. She also stated in her suit that a $10,000 donation to Framingham First by Brendon Properties “benefitted” Ottaviani and influenced his vote.

Ottaviani said his wife made a personal donation to Framingham First, of which he publicly disclosed at the Framingham Zoning Board of Appeals meeting on February 9. He said he also filed a disclosure with his “appointing authority” the Framingham Board of Selectmen about his wife’s donation.

“I read the whole thing into the record,” said Ottaviani. “I did the right thing.”

In the letter sent to Ottaviani, a special investigator for the State Ethics Commission wrote: “we recently discussed with you (Ottaviani) an allegation which suggested you violated MGL c 268a by participating in the Zoning Board of Appeals’ review and vote on a special permit application filed by a developer who made a $10,000 donation to Framingham First … Based upon our interview with you and or any necessary additional investigation, we are satisfied this matter does not require any further action.” 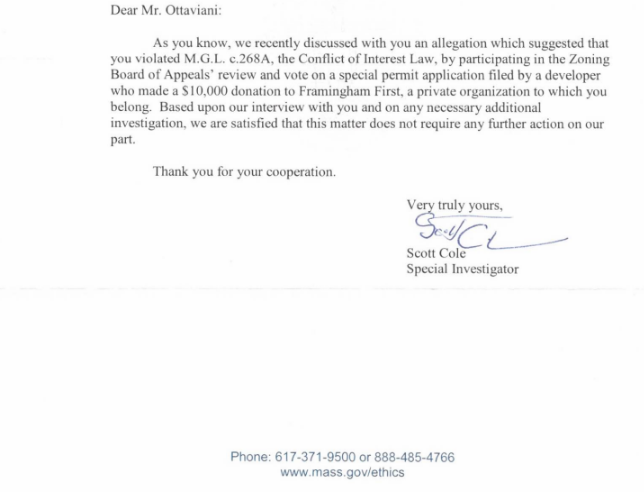