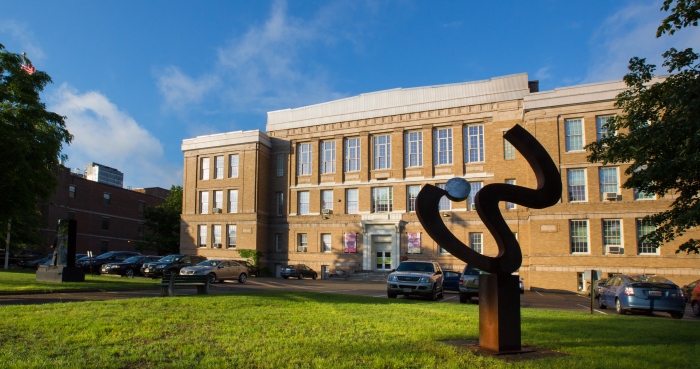 FRAMINGHAM – After 22 years at the Danforth Building, the Performing Arts Center of MetroWest was told to vacate the building by September 1.

In May, the Town of Framingham informed the tenants of the Danforth Building that the building’s boiler was no longer functional, and the state would not renew the permit, and thus there would be no heat in the building. Framingham Source was the first media outlet to publish the news.

Yesterday, the 34-year-old organization announced it has found a new home for its programming at St. Andrew’s Episcopal Church in Framingham.

After evaluating 15 potential interim locations, the Performing Arts Center of MetroWest (PAC) has decided on a partnership with the Maple Street Church for a minimum of one year, with the possibility of three years, said Director Mary Opanasets.

St. Andrew’s is a suitable interim location for PAC’s many programs, as there are eight studio spaces for private lessons and two large group rehearsal areas, said Opanasets.

The new St. Andrew’s location actually provided more lesson space than what PAC had in the Danforth, said Opanasets.

“PAC is very grateful to St. Andrew’s for partnering with us and providing a location to continue our music, theater, and dance instruction and performances for all ages. We thank every person who has already contributed to our moving fund and every person and organization that has helped us plan and execute our move. We look forward to having a wonderful and fun-filled year at our new location,” said Opanasets.

New lessons, classes, and workshops will be announced soon on our website, she added.

Those wishing to help the organization, have three options:

1. Give a Gift: PAC launched a gofundme campaign to raise support for our moving costs which are

outside of our normal operational expenses. Donations can be made by clicking here.

3. Volunteer for the Move: Our move date will be announced shortly. We will need help loading and unloading, said Opanasets.