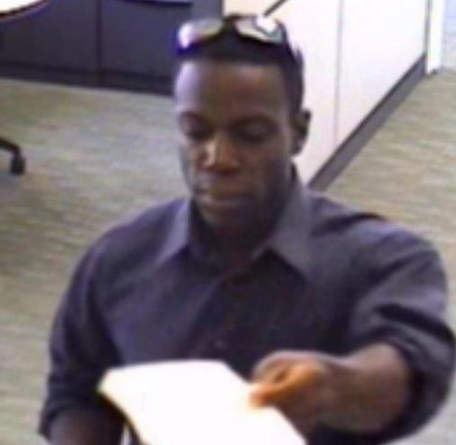 A Framingham man was arrested, and has been charged with robbing two banks in Framingham.

Jalonni Tucker, 34 of 3B Carlson Road, was in court yesterday, but a judge ordered him sent to Bridgewater State Hospital for a mental evauation, according to court records.

Prosecutors said Tucker was the man who robbed a Citizen’s Bank on Route 9 in last Wednesday and the  TD Bank on Franklin Street last month. In both robberies, police said Tucker passed a note to the teller demanding money.

Tucker was arrested on two counts of unarmed bank robbery.

There is also a warrant for Tucker for an unarmed robbery of the Red Roof Inn in Framingham in 2012.

The court psychologist argued yesterday that Tucker had stopped taking his medication and has a history of mental illness, according to court records.

Tucker was not arraigned on any of the charges as he was sent to the hospital for evaluation.

The next court date is August 8.

Surveillance photos from the robberies