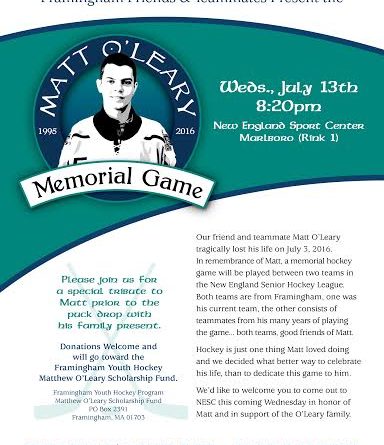 MARLBOROUGH – There will be a benefit hockey game Wednesday night, July 13 to honor the late Matt O’Leary, who died tragically in a car crash over July 4 weekend in Southborough.

At 8:20 p.m. at the New England Sports Center in Marlborough, two teams in the New England Senior Hockey League will play to raise money for the Framingham Youth Hockey Matt O’Leary Scholarship Fund.

Both teams are from Framingham, one was his current team, the other consists of teammates from his many years of playing hockey.

Before the game, there will be a special tribute to Matt, who played Framingham youth hockey and was a Flyer at Framingham High. 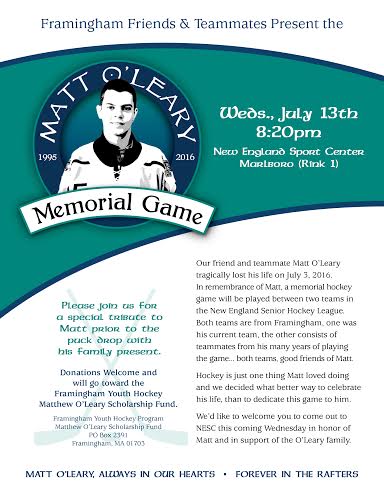