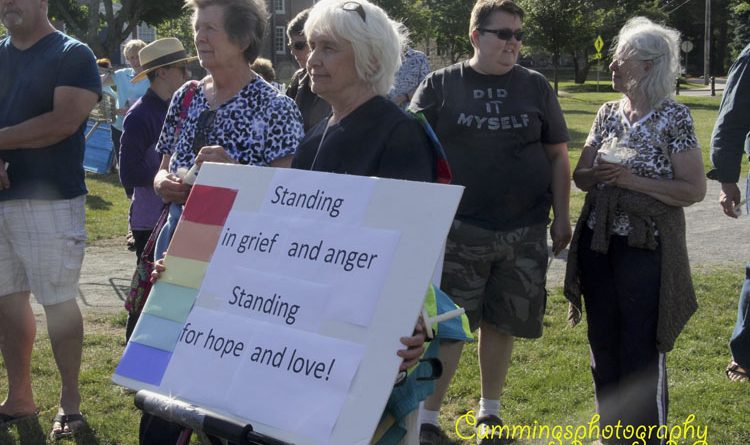 FRAMINGHAM — The Framingham Interfaith Clergy Association held a silent candlelight vigil in solidarity with those affected by the nightclub shooting in Orlando on Tuesday, June 14 on the Framingham Centre Common.

The event also supported those injured, including Framingham native Angel Colon, who was shot five times. He is recovering in an Orlando Hospital.

Framingham Source was the first media outlet to report that a Framingham native was injured in the Orlando nightclub shooting.

Colon’s uncle Bienvenido Nieves, his aunt and a cousin were about the more than 100 people who attended the vigil in Framingham. “It was a miracle he survived,” Nieves, said.

“We have planned this time together for you and the world, so that we can stand in witness to a community that is bound together through our differences, for love and for peace” said Rev. Morisse.

Morisse told Access Framingham “we learned today that one of the man injured was a Framingham native, and that in some ways making this much more immediate for us, to know that one of our own was effected by this.”

“yet even before we knew that it included one of our own, that they were all already one of our own,” said Rev. Morisse to AF-TV. “I think it is important that we do this here in Framingham, because Framinham is a very diverse town.”

Access Framingham is a Framingham Source partner. Watch their report of vigil below.

Framingham Source published a report the day after the vigil. Click here to read it.