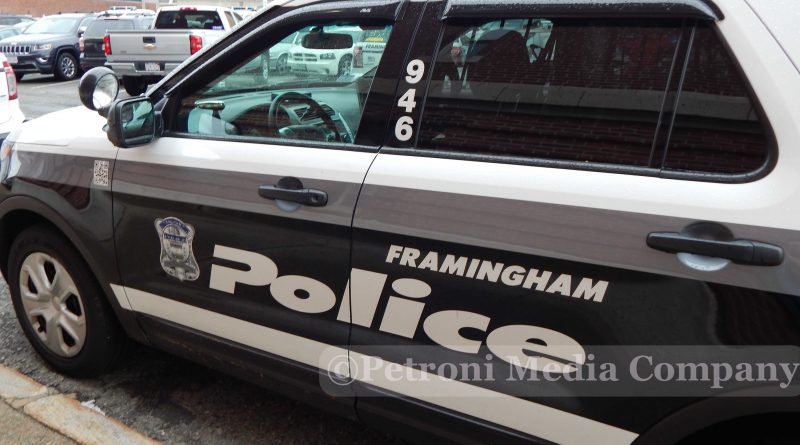 A Framingham man was arrested on Saturday, after Framingham Police said he exposed himself at the commuter rail station and then pulled a knife on a man.