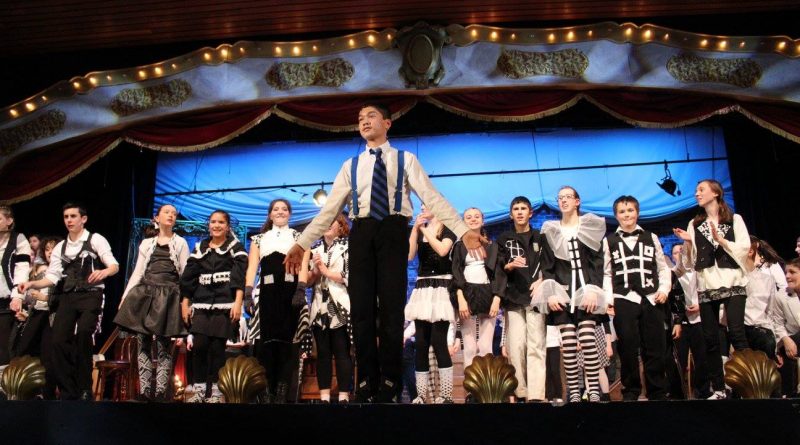 This is the fourth year in a row the Framingham middle school was nominated for that honor.

“We have fierce competition,” said Walsh Middle School Theatre Director Sheron Doucette. “To say that we feel incredibly honored to be nominated for the fourth year in a row for ‘Overall Production’ is an understatement.”

“The fact that we were nominated in all of the ensemble categories speaks to the kind of show this was. Our intent was to create a piece that was about community. The entire ensemble created that community and were on stage for the duration of the production. It is the ultimate ensemble musical. They were successful because they worked together. They were successful because they became a community,” Doucette told Framingham Source.

“We were fortunate to be nominated in several tech categories as well. This show was a ‘Master Class’ in dumpster diving. We had props and set pieces from all over the place. It’s true, we were fortunate to access to some pretty cool dumpsters and our students took full advantage of it,” she said.

Doucette was at Walsh’s band concert, when the nominations were broadcast live on Youtube.

“The MET nominations came on the eve of the first-ever Walsh Theatre Arts Celebration,” said Doucette. “We were truly hopeful that we would have an extra reason to celebrate and the crossed fingers paid off. I was at the Walsh Band Concert while the nominations were being broadcast so we didn’t hear them live but thanks to the stealth work of one of our parents, the good news spread at the end of the night.”

The awards are June 13 in Boston.

Walsh won a MET Award last year for best musical for its production of Shrek.

Click here to view a slideshow of photos from Walsh’s Godspell.