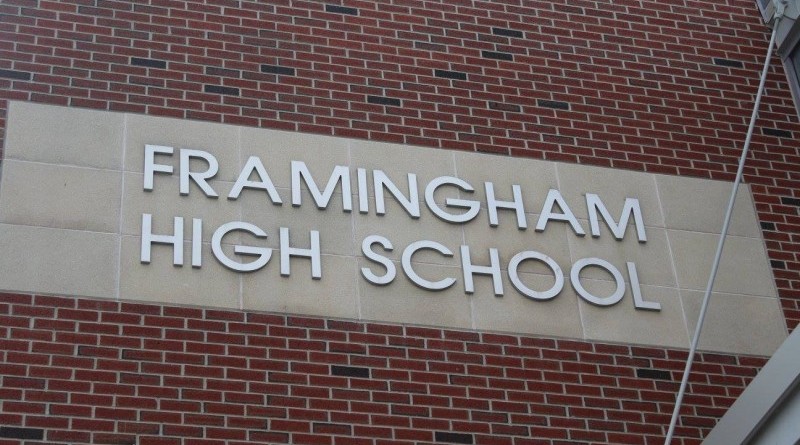 The Framingham resident, whom Source has chosen not to identify, told the court she was in “fear”of Brian Cervone.

According to documents filed at Framingham District Court, the former band student said she has been dating or in a relationship with Cervone, recently.

Cervone, a Worcester resident, has been with Framingham Public Schools for more than a decade.

The restraining order was granted by the court on May 4, and was served to Cervone that week, as well as to the Framingham, Worcester, and Walpole Police departments. The woman works in Walpole.

The woman, who has a 5 year old son, who attends Framingham Public Schools, told the court Cervone “caused her physical harm” and she was in “fear of imminent physical harm,” according to the documents.

She requested the court issued the 209A (restraining order) as there was a “likelihood of immediate danger of abuse.”

Superintendent of Schools Stacy Scott told Framingham Source Cervone was on ‘paid administrative leave earlier this month, but then changed his statement that he was just on “leave.”

The jazz band, under the direction of Cervone, won a gold medal and earned the honor of performing at the Hatch Shell in Boston yesterday, May 15.  Cervone is listed as the band director for the high school.  Cervone was not at yesterday’s performance.

Another hearing on the restraining order is scheduled for Wednesday, May 18.

The court order restricts Cervone to stay away from the woman, the woman’s employment, and the Framingham elementary school her son attends.

Editor’s Note: Some details from the court order are not being published to protect the identity of the woman and her son.

After 5 p.m. today, May 16, Scott sent an email to Framingham High families.

“As you may be aware, there is a Framingham High School faculty member who has been at the center of a police investigation.  During this time, this member is not on campus.  Given that this is a personnel matter, it would be inappropriate for us to provide any further information,” wrote Scott.

“We are not aware of any situation where the safety of our students has been compromised as these allegations do not involve any current Framingham students.  The safety and well-being of our students is of the utmost importance. We will provide resources and supports as needed. The District will update with information as available and appropriate,” concluded Scott.