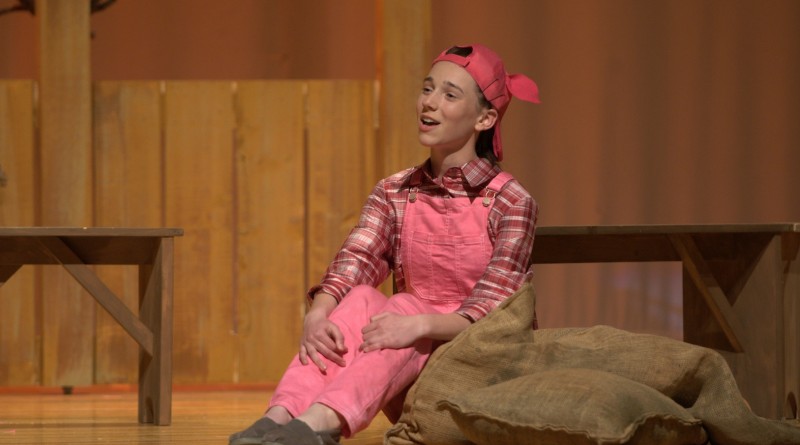 Walsh Middle won a silver medal in the state competition for its production of the children’s classic Charlotte’s Web.

“We chose Charlotte’s Web with its theme of unlikely friendship, unconditional love and sacrifice. It allowed students to explore ways to personify the animals on the farm.  The human and animal characters were storytellers and found the drama and humor in daily life on the farm,” said Walsh theatre teacher Sheron Doucette.

“Each year, we strive to find a script that promote our values, allows us to include all students that want to participate and age appropriate.  This script did that,” Doucette said.

Walsh Middle School also won a student Recognition Award. The award, an METG tradition, is given to one school for an element of their production.

“We received an award for Commitment to Animal Characters in Their Acting and Costuming,” said Doucette.

Walsh Middle hosted one of the rounds of the state’s middle school drama festival.

Walsh, Fuller Middle (which won a gold medal), and Cameron Middle  (which won a Silver medal) all competed at Walsh on Sunday, May 1.

“Every three years, Walsh hosts the METG festival.  This is the fourth year but the first that had all three Framingham Schools together at one site. The shear number of parent volunteers that worked together to make the day successful was staggering,” said Doucette.