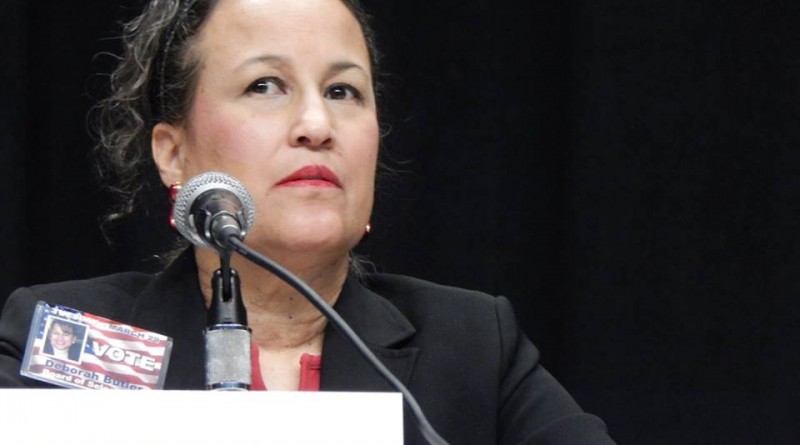 Butler is alleging conflict of interest by the Zoning Board chair and that Brendon Properties’ donation to Framingham First, a group that is anti-Town Meeting and pushing for changes within Framingham’s government, gave the company undue influence before the ZBA.

Ottaviani said his wife made a personal donation to Framingham First, of which he publicly disclosed at the Framingham Zoning Board of Appeals meeting on February 9. He said he also filed disclosure with the “appointing authority” the Framingham Board of Selectmen about his wife’s donation.

“I read the whole thing into the record,” said Ottaviani. “I did the right thing.”

Butler, in her suit filing, stated the last filing for Ottaviani for a conflict disclosure was in 2008 in the Framingham Town Clerk’s office.

Butler wrote that “in a stunning action on March 8th, it was revealed that Philip Ottaviani, Chair of Framingham’s Zoning Board of Appeals, completely reversed his previous vote of October 2013 to support a special permit for a 104-bed assisted living facility proposed by developer, Brendon Properties and co-applicant, Benchmark Senior Living. This action is reported to have taken place after Brendon Properties, on December 2, 2015 gave $10,000 to a special interest committee, Framingham First, which Ottaviani helped to organize while the applicants were still conducting business before the ZBA. In October 2013, Ottaviani voted against the Walden Behavioral Care’s application for a commercial use on the property which called for a facility with fewer beds.”

“I read the disclosure statement into the meeting after the donation,” said Ottaviani. “And I filed with the appointing authority.”

“All things being equal”, Butler said, “it is my opinion that the $10,000 donation Brendon Properties paid to Framingham First indirectly benefited Ottaviani’s efforts to make Framingham a City.”

Brendon Giblin when contacted “he was disappointed” and would not comment further on the suit.

Butler said she “filed a bill in equity before the Massachusetts Superior Court” seeking a “jury trial on whether a violation of MGL.ch. 268A (conduct of public officials and employees) occurred when Brendon Properties made its $10,000 donation and when Ottaviani neither disclosed the donation nor recused himself from the March 8th vote.”

“The Framingham Zoning Board of Appeals deals with facts,” said Ottaviani. “Butler deals with innuendos.”

Butler said she filed her suit in court on April 8.

The Framingham Zoning Board of Appeals voted 3-0 on March 8, to approve plans to construct an assisted living complex on Pleasant Street at the former Marist property.

Brendon Homes signed an $4 million agreement to purchase the 28-acre property owned by the Marist Fathers of Boston, and submitted plans to the Town of Framingham to build 14 memory care units and 38 assisted living units, plus construction of 60 high-end townhouse condos, deed restricted for those age 55 and older.

Brendon had requested a special permit from the Framingham ZBA to develop an assisted-living center and a dimensional variance from side setback requirements. 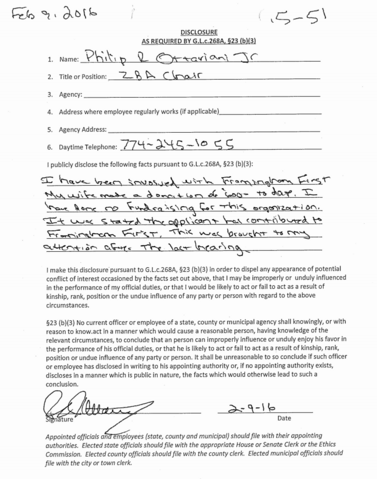