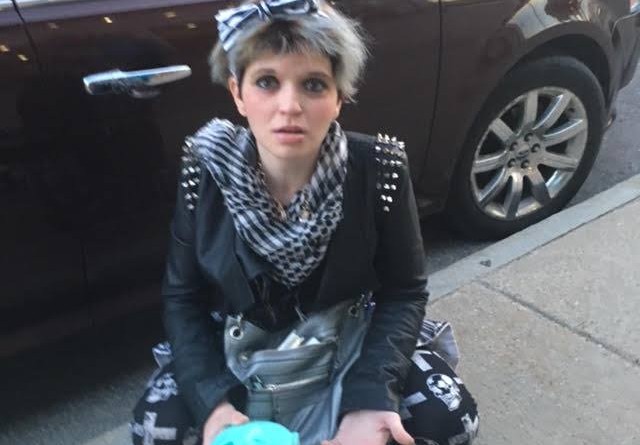 Natick Police is looking for this woman, pictured, in connected with the theft of two antique evening bags, worth about $135.

“This female was interested in two antique woman’s evening bag/purses. She asked the proprietor for a business card and as it was obtained the suspect left the store with the two handbags. The suspect was confronted after she left the store however denied that she had any involvement in the larceny. A request to check her bag was denied,” wrote Natick Police on Facebook.

The suspect was described as white female approximately 5’4″ tall, weighing approximately 120 lbs. She has short blonde/brown hair. At the time of the theft she was sporting a large black and white bow on top of her head and wearing a black and white scarf around her neck and a black leather jacket with silver metal studs along the shoulders. The suspect was accompanied by white male approximately 5’8″ tall with a “stocky” build wearing a baseball cap with an unusually large brim. The male had brown hair and a brown beard.

Anyone that can assist with the identification is asked to contact the Natick Police Department detective division at: 508-647-9520. Individuals may report anonymously using Natick Police’s Online Reporting system found at www.natickpolice.com