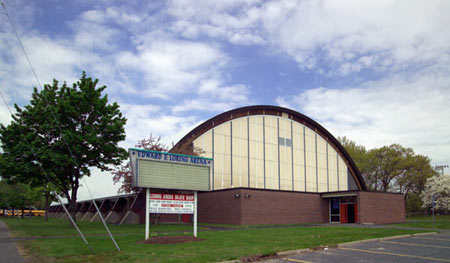 The Loring Arena renovation are on hold, after bids for the project came in more than $1 million higher than expected, Framingham Town Manager Bib Halpin told Framingham Selectmen Tuesday night.

Overwhelmingly, Town Meeting voted (106-35-7) last spring to approve spending $5.7 million to renovate the skating rink that pened in 1963, after the Framingham High hockey team won the state championship in 1961.

“Based on the actual bid opening we are probably just short of $1 million over,” said Halpin to Selectmen.

“Needless to say, we are disappointed,” added Halpin.

The renovations include creating both a girls and boys locker room, as opposed to the current unisex one, and improve handicapped access.

It was suggested at the meeting that the Loring Arena Legacy Foundation raise the additional money, like the Framingham Library Foundation raised $600,000 towards the construction of the new Christa McAuliffe Library branch that opened earlier this year.